The ordinary General Meeting of the SWF will be held on 19 October next at 4.30 pm at the Centre Universitaire Malesherbes, 108 bd Malesherbes, Paris. You will find the invitation, together with the agenda and a reply-coupon in the rubric Invitations and minutes of our site.

A new feature: there is no longer any need to send in a reply-coupon. An electronic form will enable you to reply to the matter of your presence or of giving procuration to someone else if you are not able to attend. This form will also be found on the page ‘Invitations and minutes’. 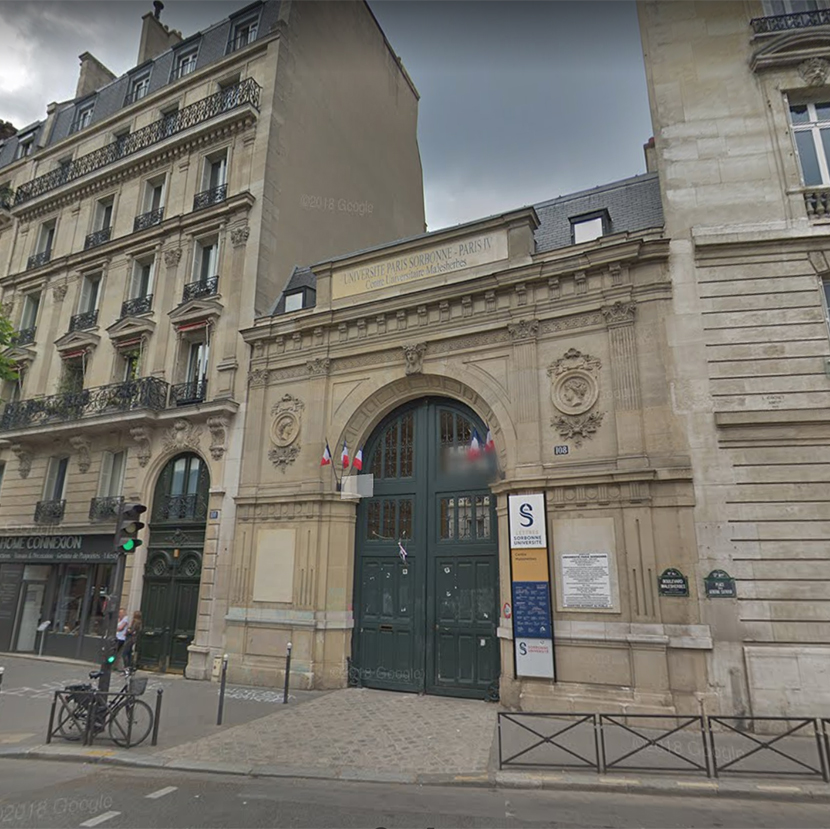 As already announced, this General Meeting of the fiftieth anniversary will be followed by a concert in the Salle Cortot, right next to the venue for our AGM. Read the information about this concert

NB: As the Centre Malesherbes is a public establishment, access to it is controlled, and we warmly recommend you send in the reply-coupon in order to facilitate entrance.

From now until the celebrations of the SWF’s fiftieth anniversary, we shall post memories of ‘former greats’ of the association.

It is said that the ineffable cannot be told, yet nonetheless I shall try!

I was thirteen (1961) when the film Goodby Again (Aimez-vous Brahms) appeared in the cinemas. About the film, nothing. Yet my parents had offered me for my tenth birthday a Teppaz record player. And my brother, who had seen the film as he was old enough, offered me the 3rd Symphony of Brahms in a recording by the Berliner Philharmoniker made on 13 December 1949. It was winter, as was clear from all the coughing. Antibiotics were no doubt not yet (very much) in fashion. No matter, the conductor had me enthralled.

From that day onwards, anything to do with Furtwängler could not escape me. I spent my time in record shops searching for treasures.

Some time later, in 1969, I made the decision to contact admirers of the great conductor. There must surely be others, though I did not know to what extent! So I decided to write to music magazines in vogue at the time: Diapason, Harmonie and others, in order to seek out soulmates who (was it possible?) would have the same admiration for Furtwängler as I.

That same year, when I had almost completed my mailing, on the radio station France Musique, Pierre Massé announced the birth, in Bordeaux, of a Société Wilhelm Furtwängler and he presented us with the B side of Beethoven’s Fifth. I can still remember it. To be listened to “on your knees”, he said.

My now superfluous letters tossed away, I quickly joined the Société that would fulfil my dreams by enabling me to discover all (or almost) about the supremely illustrious conductor. There I got to know Sami and I still sometimes wonder if I did not attend the lectures of the SWF primarily for his wit. And the much lamented and friendly Benoît Lejay. And then all these masterpieces!

Today I host a programme on one of the last remaining free radios in France and on it I broadcast from time to time works conducted by Furtwängler, or played by him on the piano, sometimes even his own compositions. Yet not too often. Some of them I keep jealously for no-one but myself. The ones I would taken with me on a desert island!

Thank you to the Société Wilhelm Furtwängler for existing.

We know that from the mid-1920s onwards, at Furtwängler’s initiative, the Berlin Philharmonic made a practice of regular tours. In principle there were two each year, in winter to northern Germany, the Netherlands and Great Britain, in spring to southern and western Germany, Italy, Switzerland and France. And rather than appearing only in the biggest centres, medium-sized cities were not neglected. His successor was to do away with this form of proselytism. 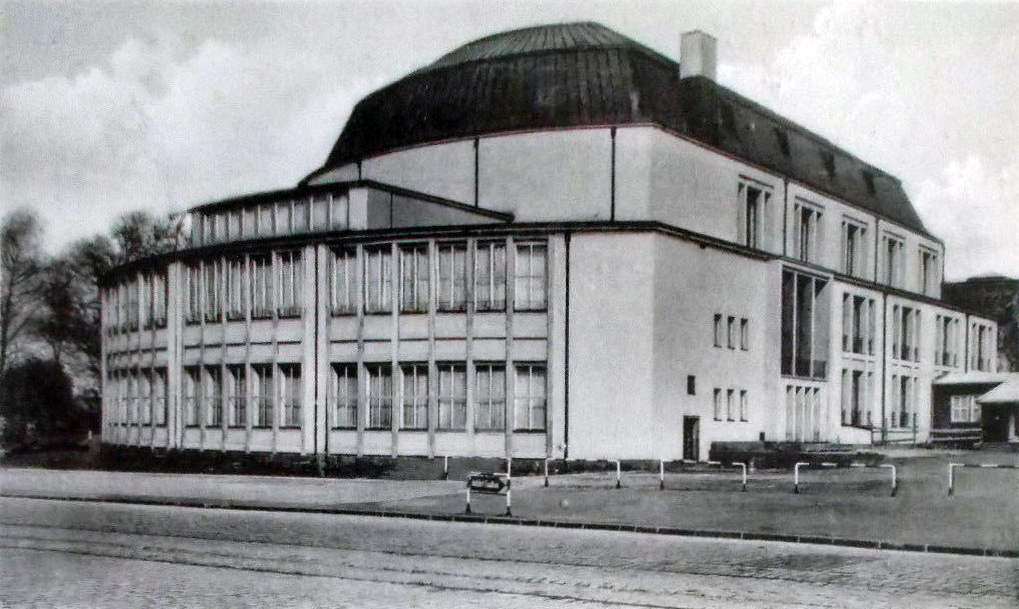 In the spring of 1951, the Philharmonic left for a month on the road! And they made a stop at Essen, where a brand new hall awaited them, its predecessor having been destroyed during the war.

Here is the facsimile of the programme

We have written about this on our site for the past several months: the fiftieth anniversary of the SWF will be marked notably by an exceptional public concert, on 19 October next in Paris.

This link will give you complete information concerning the concert. 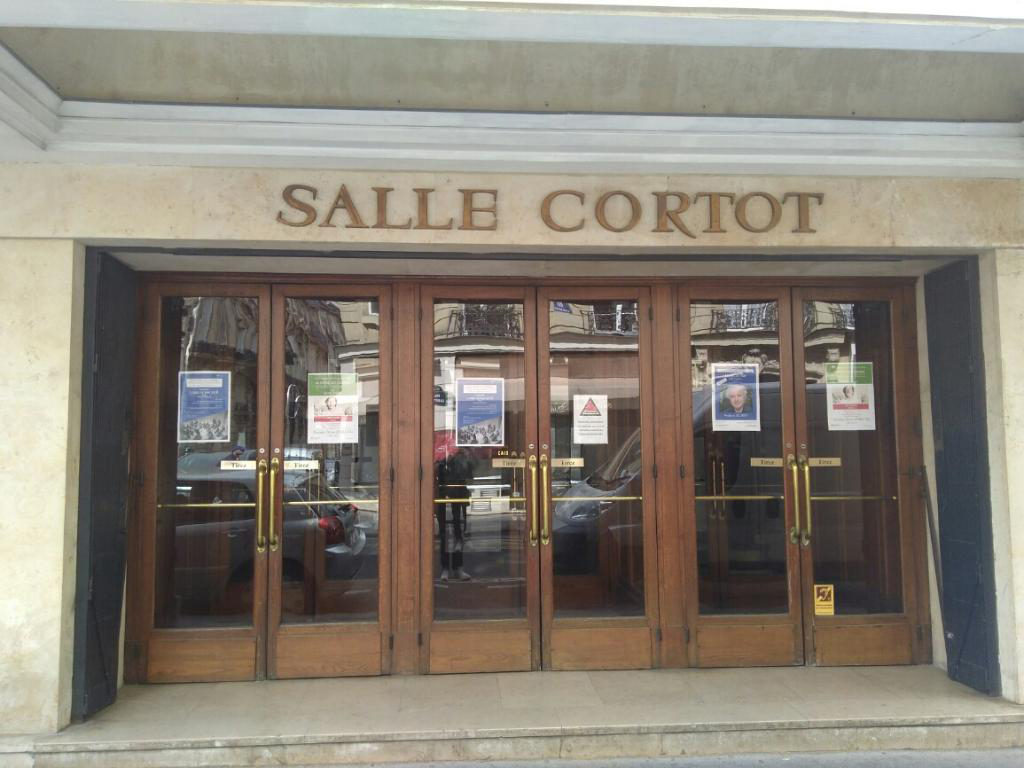 You may already purchase tickets for this concert on our Shop page.
Three ticket prices:
– normal tariff at 25 €
– youth tariff/student at 15 €
– a ‘patronage’ tariff, at 70 €, that will enable members who so desire to support our activity. Your name will appear on the programme in the support section, insofar as we are aware of this before 12 October.

This concert is open to the public, and

the ticketing arrangements are available to all who consult this site!

It does not take much to bring a hidden event to the surface.

A tiny piece of paper, for example, can be enough — a concert ticket — to reveal a concert of Furtwängler that figures neither in the Trémine list, nor even in his source for Berlin, the voluminous history of the Philharmonic written by Peter Muck. 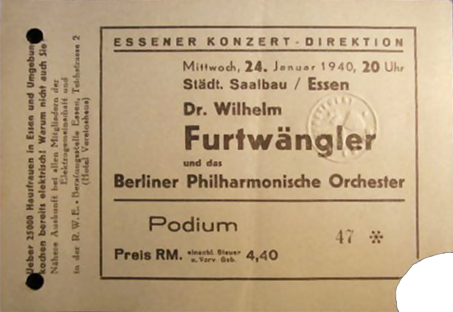 On 24 January 1940, the Berliner Philharmoniker and their conductor gave a concert in Essen the day after an evening at The Hague (the facsimile of the programme can be found on the SWF site) and on the eve of the stopover in Cologne in the course of this tour.

We have added it to the concert list on our site, unfortunately without the details of the programme. Any info gratefully received…