Who has heard of Coffeyville, a small community of ten thousand souls in the state of Kansas, a stone’s throw from Oklahoma? And yet many lovers of French comic strips and of the ’poor lonesome cowboy’ Lucky Luke should remember it: it was there that a bloodbath ended the saga of the gang of the Dalton brothers on 5 October 1892. 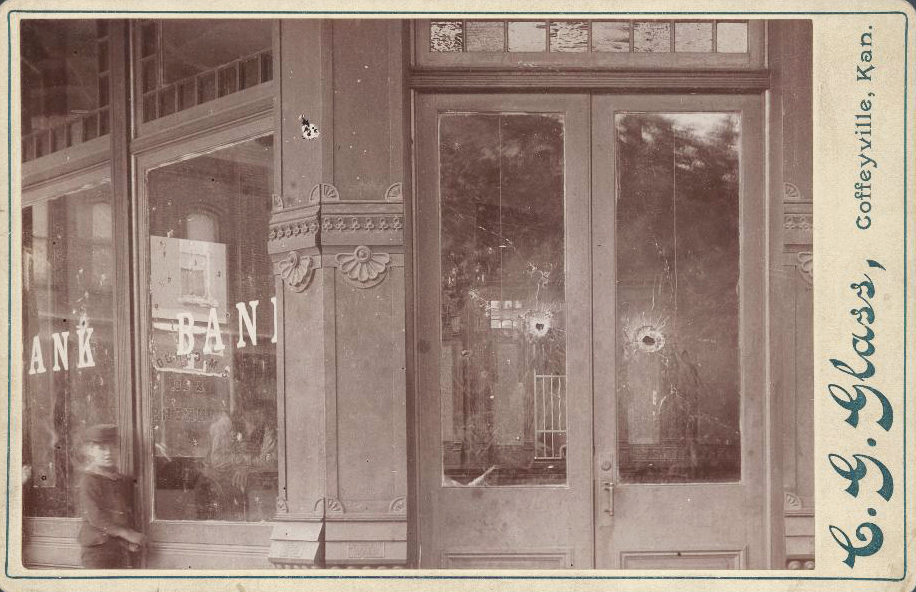 What on earth has this to do with Furtwängler and our association, I hear you ask?

The statistics of the SWF website are clear: it is this forsaken locality that has recorded the greatest number of connections to our site for the whole of the North American continent and even for the world, France excepted.

A ‘Furt’ fetichist? No, doubtless some robot programmed to operate continuously in order to extract information and statistics. However, lacking credentials and a member’s card, it cannot get much. Our site resists, just as the town and its banks resisted the outlaws.

PS: Same conclusion for Perm in Siberian Russia. It is much bigger than Coffeyville, but less fun…

Three Ws that hail the performance of a work by Walton by the Vienna Philharmonic conducted by Furtwängler. The archives of the Philharmoniker inform us that this enfant terrible of English music (the epithet is not ours) had five of his pieces programmed by the orchestra — over a period of 70 years!, including two with Furtwängler. Where were the other conductors? And it is said that Furtwängler did not do much for his contemporaries! Or else he was very happy to have the same Christian name…

You will find the facsimile of the programme of 5 December 1948 also online with the concert and in the rubric ‘ask for the programme’.

Because an association is a community, because it lives on what it produces but no less on what its members contribute to it, we are starting something new and invite you to send us your comments on our various news items.

For practical reasons the comments — reserved of course to members — should conform to the language chosen by the visitor for the site, without a system of translation which would be too onerous and too slow.

In several bulletins we have mentioned the centenary of the Vienna Philharmonic Orchestra in 1942, though this was always in fragmentary fashion, providing one element or correcting another… In order to give a precise idea of the nature of the various events, we have decided to present an extensive panorama of them in study format, enriched with many hitherto unpublished documents. 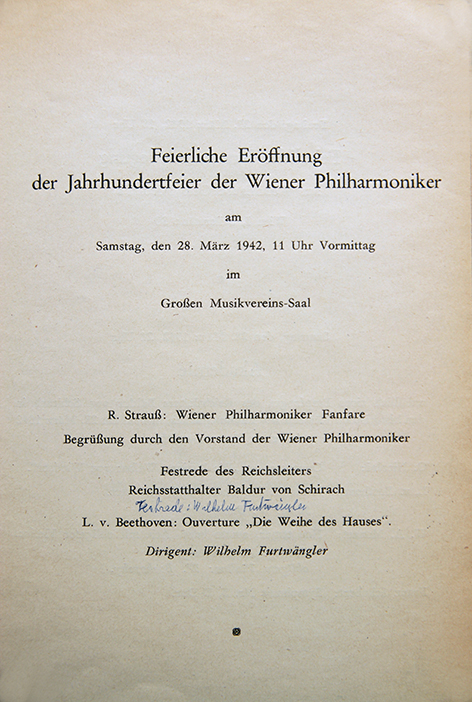 As it was also necessary to give a clear snapshot of the orchestra, we have asked Christian Merlin to draw up its portrait. The well-known chronicler is also the author of a book on the Wiener Philharmoniker — a veritable and an authoritative magnum opus (Le Philharmonique de Vienne, Buchet Chastel, 2017).

And to leave the last word to Furtwängler, we have reproduced the speech he gave at the inauguration, in a translation made by Audrey Roncigli and also in a facsimile of the leaflet that was published just afterwards by the Philharmoniker.

A real trip back in time, one you yourself will be able to take a few weeks from now.

Some members have had difficulty downloading the Deutsches Requiem.

The problem seems to come from the slowness of our server, no doubt more used to chansonnettes in mp3 than a long requiem in 24/96. However that may be: rather than writing a shortcut for the Requiem, we have changed the server. 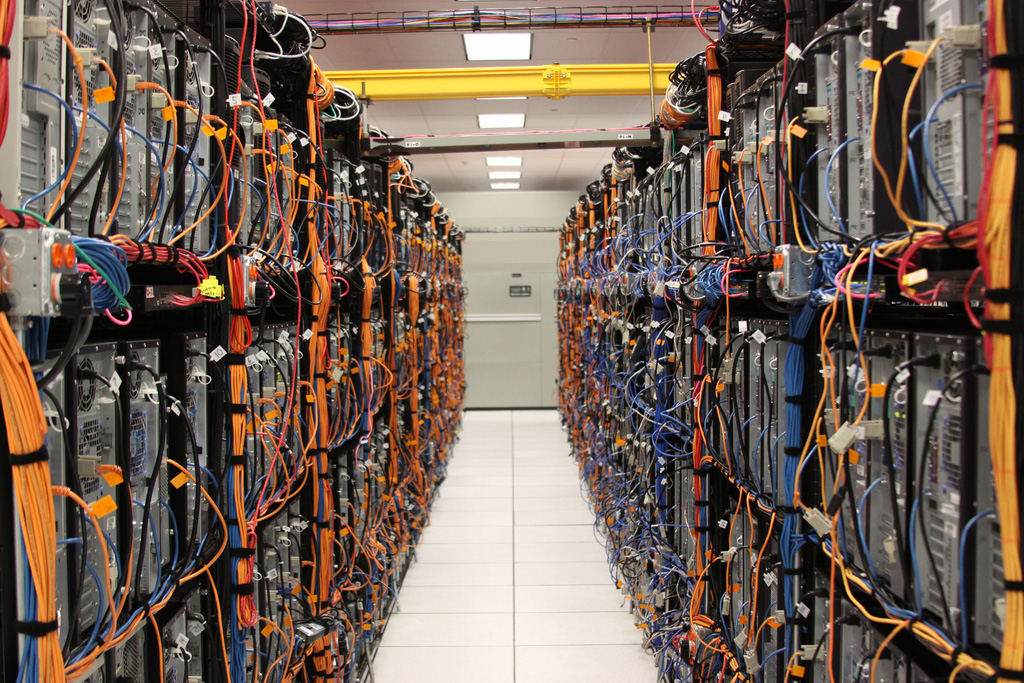 A few weeks ago we posted a paper circular (to those who have decided to stay with paper), and now a faithful Swiss member has sent us some circulars from a while back, 1999 and 2000 to be precise. 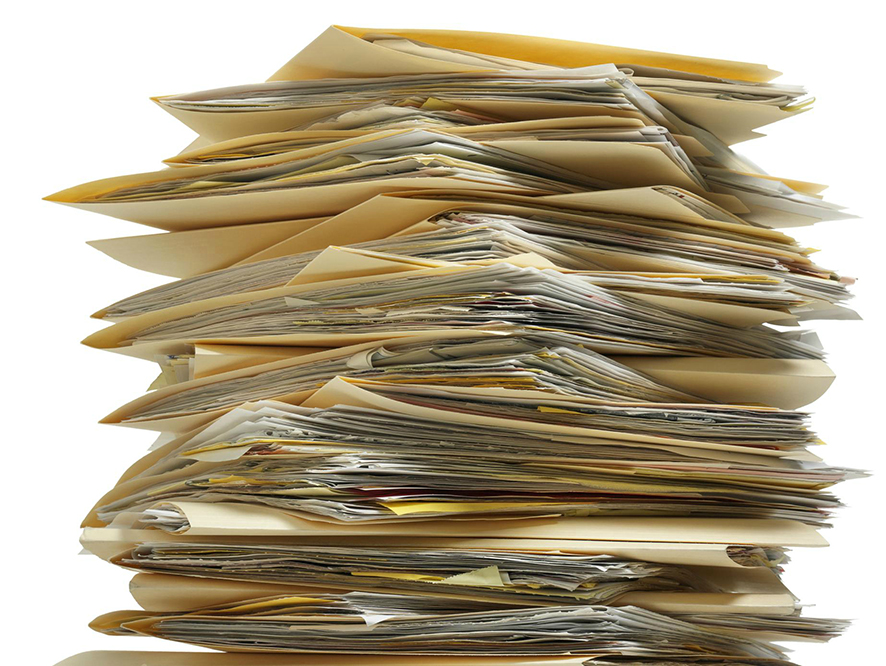 This is the perfect opportunity to repeat our appeal, notably to our older members: we still have gaps in the long series of newsletters. We lack in particular the documents from 1973 to 1979.

It would be great to be able to start off our fiftieth anniversary with our archives complete!

We remind everyone that we limit the edition of the paper circular to those who request it. It merely contains the elements that appear on our website.