To whom did this series of Viennese programmes belong that we have just acquired and from which this one has come: to a simple music-lover?  A chronicler or critic? However that may be there are numerous annotations written in the margins. Decipher them as you can!

The Overture to Der Freischütz was a great repertory classic of Furtwängler, Tchaikovsky’s Fifth a bit less so (yet still more than fifty performances), but Walton? It is rather surprising to find Furtwängler here, especially as he was to programme this composer twice in his concerts in Vienna, and in Viennese premieres: that of the First Symphony, and that of the overture Scapino (that he replayed in London in 1950 at the head of the Philharmonia).

Before him, only the Violin Concerto had been played (Carl Johannis, conducted by Rudolf Moralt) and after him, only two works were programmed (by Szell in 1968, by Norrington in 2002). We would like to know what motivated our conductor: the highly elaborate construction of the ensemble? The adherence to sonata form? The extreme diversity of the musical sections? The density of the musical matter? 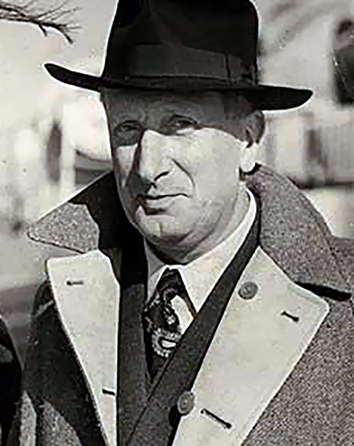 It will be noticed in the programme that there is a long article written by the bassoonist and ‘Vorstand’ of the Orchestra, Rudolf Hanzl, a laudatory account of the Philharmoniker’s London tour in September-October 1948 (the Beethoven cycle).