One of our members, Mr. Pascal Auffinger, sent us an article which appeared on the site of the Venezuelan Symphony Orchestra in 2015. It refers to the concerts given by Furtwängler in Caracas.

The SWF contacted the site managers to request permission to translate and publish the text on our site. It was kindly given to us.

The SWF thanks the OSV and Mr. Pascal Auffinger.

The text presented here is an adaptation for our website. You will find the link to the original article at the end. This includes a recording of Don Juan. 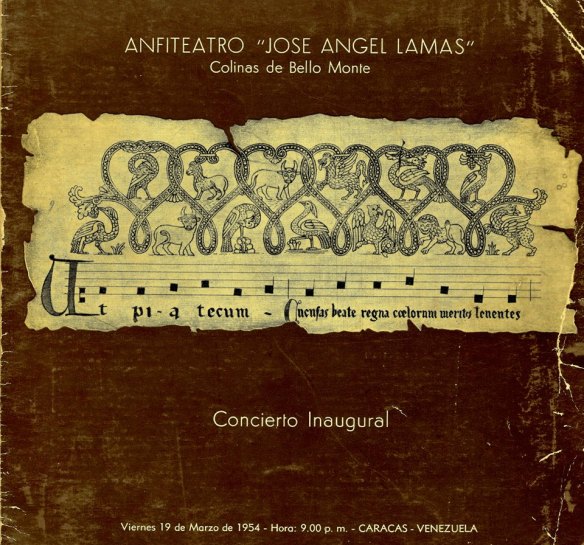 "The Venezuelan Symphony Orchestra (OSV) celebrates 85 years of uninterrupted activity. A pioneer of the national symphonic movement, it is the result of the hard work of musicians who have struggled to give it continuity over time.

The Acoustic Shell of Bello Monte , known as José Angel Lamas Amphitheater , is related to the OSV since its creation and remains a fundamental place for culture and influence in the capital. In these lines, we want to remember the day it was inaugurated, March 19, 1954, under the regime of General Marcos Pérez Jiménez, with a concert of our institution under the direction, on the one hand, of the famous German conductor Wilhelm Furtwängler whose presence in Caracas was considered as an event in our country and, on the other hand, of our dear Vicente Emilio Sojo.

Master Furtwängler stayed a few days in Caracas. After the first concert, WF conducted a second on March 21 which was recorded. The program included: Handel's Concerto Grosso op 6 N° 10, Don Juan by Richard Strauss and Brahms's First Symphony. This live recording, which remains a treasure to this day, exhibits the inevitable imperfections and lack of balance between the instruments."

Link to the original article (in Spanish): https://www.venezuelasinfonica.com/la-sinfonica-de-venezuela-en-la-creacion-de-un-espacio-vital-para-caracas/ 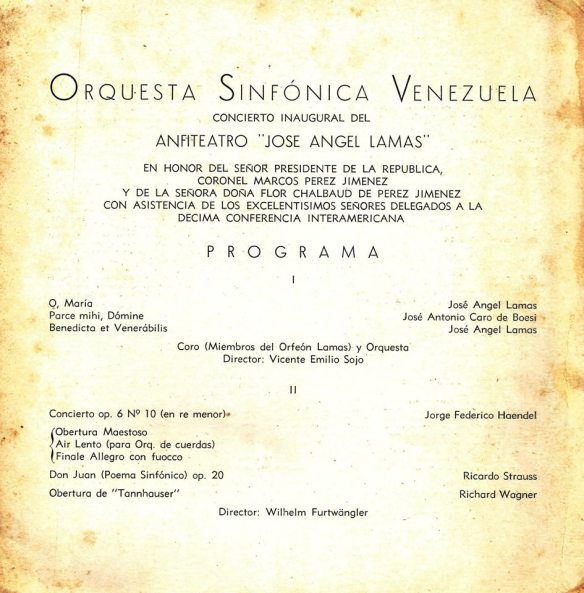