Programme for the concert of 28 September 1947, Berlin

By late 1947 the Allied occupation of Berlin had settled into an uneasy stability, and the Dahlem Music Society, an initiative of the military authorities, was intended to build cultural bridges between American and German music lovers. On 28 September this modestly named organisation coolly staged a charity concert for Allied service personnel, who paid $2.50 per ticket to hear some of the greatest musicians in the world, and raised $2000 for instruments and equipment for the five Berlin orchestras. The Berlin Philharmonic concert was repeated for the general public, then Menuhin and Furtwängler played the Beethoven Concerto again with the Berlin Staatskapelle on 2 October, and Menuhin gave three further concerts during his week-long visit, donating all his fees to medical and musical causes in the city. He had already played with Furtwängler in Lucerne and Salzburg, only to be accused in Berlin of betraying his people; he tells the story of how he met and won over his adversaries in his autobiography Unfinished Journey.

Some of the servicemen in the audience must have been unfamiliar with classical music, but the programme gave them no information about the performers and nothing illuminating on the works themselves. The notes are indeed almost incomprehensible, with their cryptic allusions to people and problems of occupied Berlin, passages in German left untranslated, irrelevant comments on the Rellstab family, and an unattractive tone of disdain for the whole exercise.

Let’s hope this verbiage didn’t spoil anyone’s enjoyment of the concert, in which, as the surviving radio recording shows, they heard one of the great musical partnerships of the day. 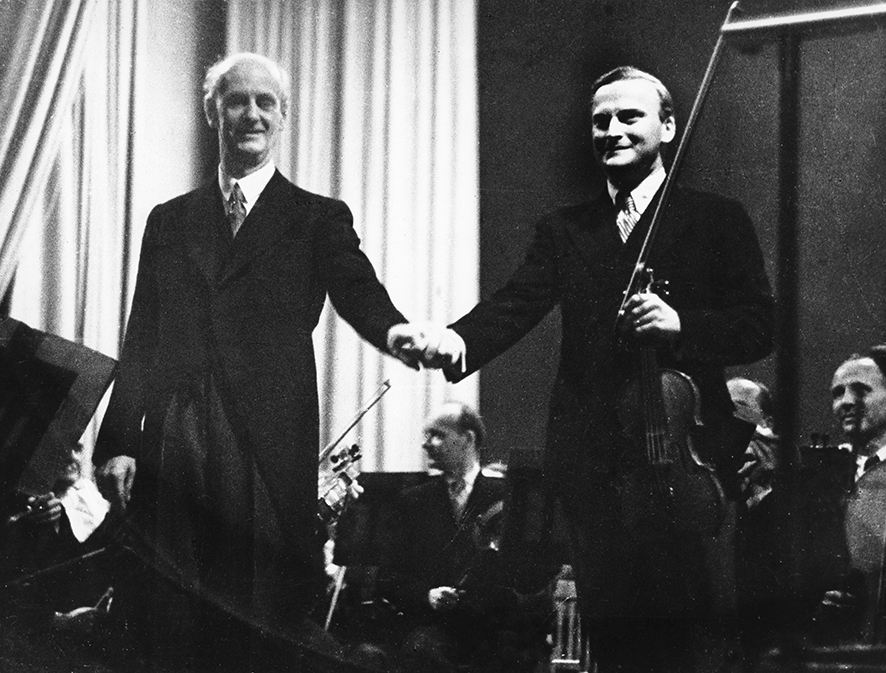 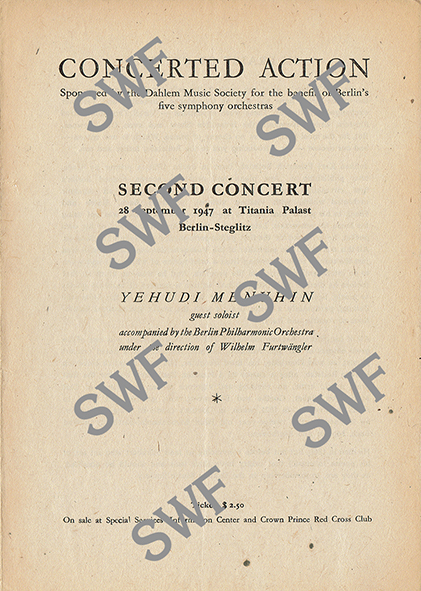