Programme for the concert in Vienna, 15 January 1950

We need not dwell on Schumann’s Manfred Overture and Beethoven’s Seventh, except to mention that the Beethoven symphony was one of the works that Furtwängler would record in the lengthy series that Walter Legge organised for him from 20 January to the beginning of February — the picture below was taken during these sessions. 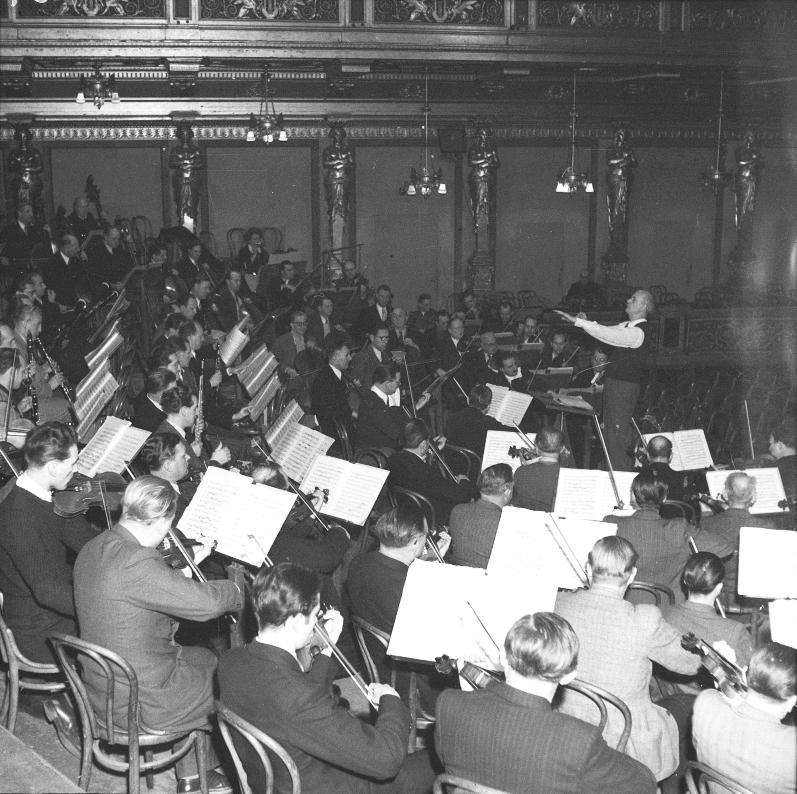 Of greater interest is the world première of Erich Korngold‘s Symphonic Serenade, op. 39, for string orchestra. This thirty-minute work, published by Schott, is one of those with which Korngold tried to re-establish himself in Europe as a "serious" musician. And let’s not take that word itself too — well, seriously. There was nothing easy about the film scores to which the composer devoted himself in Hollywood in the thirties and forties (and which earned him several awards); they demanded just as much skill as writing a symphony or an opera. And after all, when Beethoven wrote the incidental music for Egmont he was simply engaged in the delicate art of underlining — and no more than underlining — what another artist had created in another genre, whether it be drama or film.

Furtwängler never neglected Korngold; he gave the first Mannheim performances of his operas Violanta and Das Ring des Polycrates, which had their premières a year earlier under Bruno Walter in Munich, and later included his symphonic overture Sursum Corda and the suite from his incidental music for Shakespeare’s Much Ado about Nothing in his concerts. While there is nothing innovative or even original in the Serenade, the piece is very well written to showcase the strings — and here they were the strings of the Vienna Philharmonic! — with a touch of the "Hollywood sound"; but the conductor showed once again that he knew how to look beyond his home territory.

Our thanks to Philippe Jacquard for the scan. 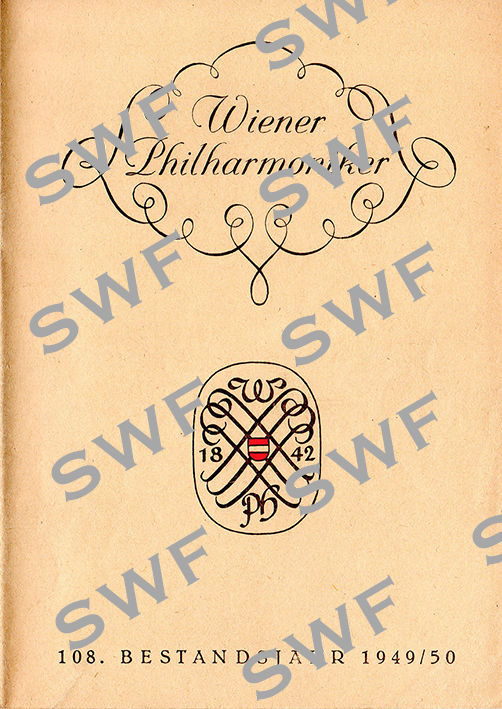