Programme for the concert in Berlin, 15 October 1923

[This programme lacks a cover, which was probably similar to that already reproduced with the concert of 10 December 1923; there are some shreds of paper around the staple]

This was the opening concert of the series of 'Zehn Philhamonische Konzerte' of the 1923-1924 season. But as such, it presents a puzzle. The list of concerts compiled by Peter Muck in his voluminous work on the BPO, and incorporated by René Trémine in his list of Furtwängler’s concerts, gives the same programme but with the baritone Wilhelm Guttmann in the Kindertotenlieder. So who took the place of whom? A press article from the time gives the answer: it was Guttmann who sang, probably as a last minute replacement. 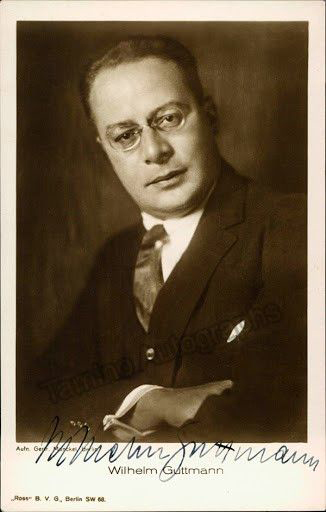 Wilhelm Guttmann (1886-1941) had studied singing, but also composition, notably in Berlin with Max Bruch and Paul Juon. He appeared at the Volksoper and the Städtische Oper in Berlin, but was driven from the stage in 1934 for racial reasons.

It should be noted that Furtwängler was not among the group of conductors whose paths crossed that of Mahler — from Mengelberg to Walter, Fried to Klemperer, and, albeit negatively, Toscanini in New York. The only time he seems to have seen Mahler conducting was in 1906 in Salzburg, where he went with his then fiancée, the young Berthel Hildebrand, to see The Marriage of Figaro. He was never a champion of Mahler, as he was for Bruckner, and his repertoire in this area remained limited in terms of both works and performances. These took in Symphonies 1 to 4, some songs with piano, The Song of the Earth (a single performance in Lübeck), Lieder eines fahrenden Gesellen and Kindertotenlieder, the latter two works appearing several times in his post-war programmes.

In a lecture at the Musikhochschule in Berlin, Furtwängler referred to Mahler as a 'Praktiker'. Was he perhaps conscious that this epithet could also be applied to his own creative activity?... 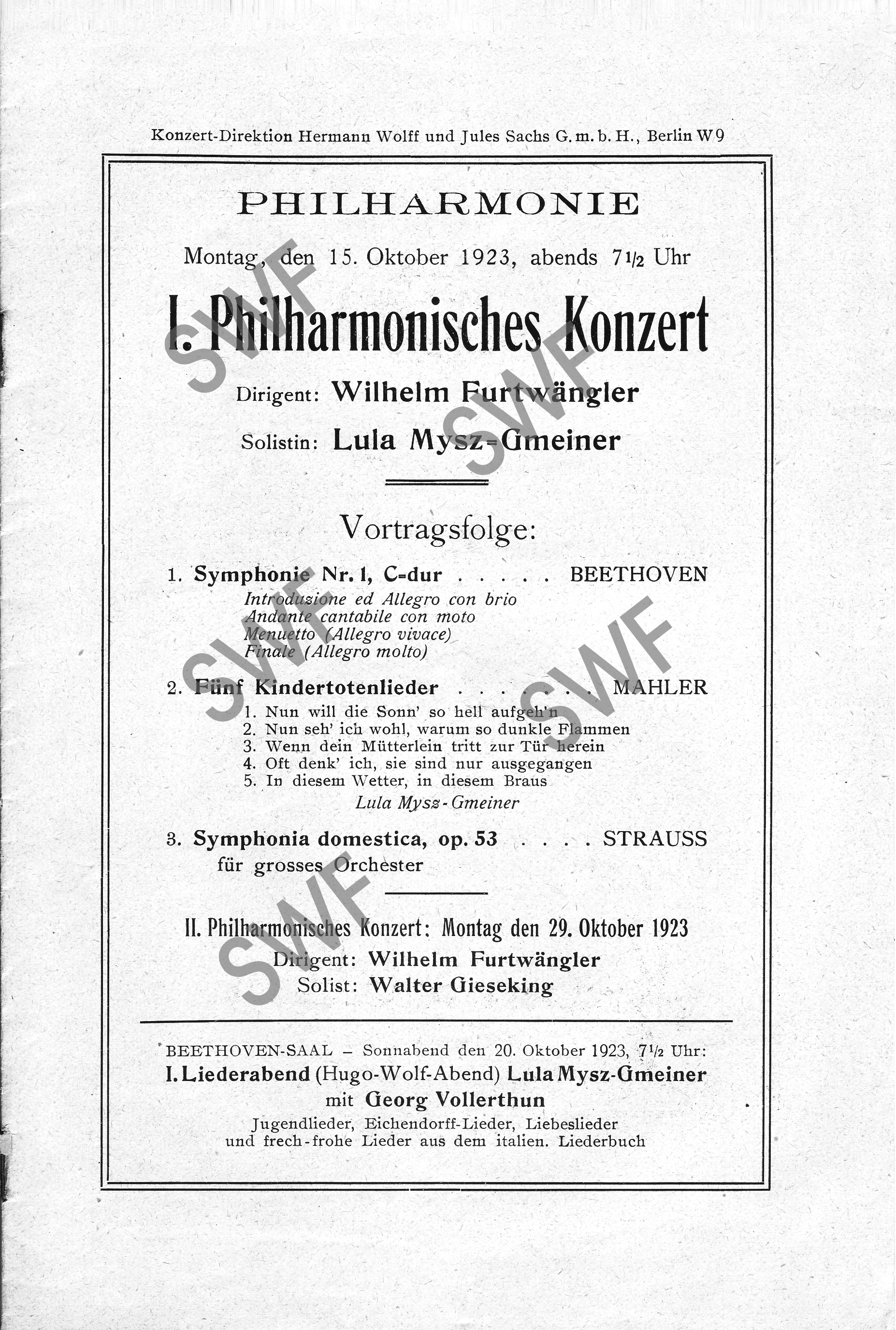