Concert at the Gewandhaus, 1 January 1923

Furtwängler had been at the head of the Leipzig Gewandhaus for a few months — an ensemble even more prestigious than the Berlin Philharmonic, and boasting an illustrious past a hundred years longer than that of its Prussian rival.

The most interesting aspect of this programme is of course the participation of Alexander Kipnis, one of the most illustrious basses of his time and - in this sense a forerunner of Fischer-Dieskau - probably also the most eclectic in terms of repertoire, equally at home in Parsifal (Gurnemanz) and Boris Godunov, the Magic Flute (Zarastro) and Pelleas and Melisande (Golaud).

He appears here as a Lieder interpreter, accompanied by Furtwängler at the piano. It seems astonishing that, coming straight after Haydn’s Symphony no 101, the same composer’s concert aria Die Teilung der Erde was not given in its orchestral version. 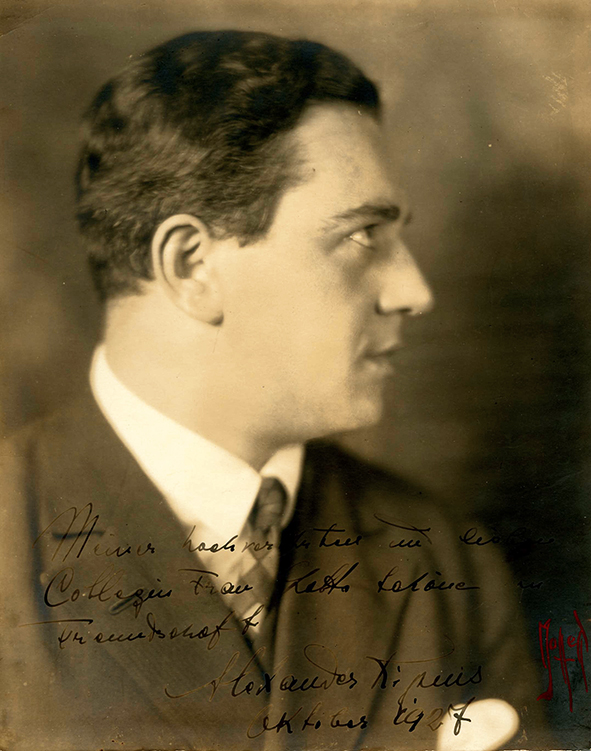 It was the first of January, and the year did not start well. In the top right-had corner we see that the price of this unimpressive little four-page effort is 50 Marks! And this was just the start of the dreadful era of inflation, which would soon see bread advertised at 3 billion DM... 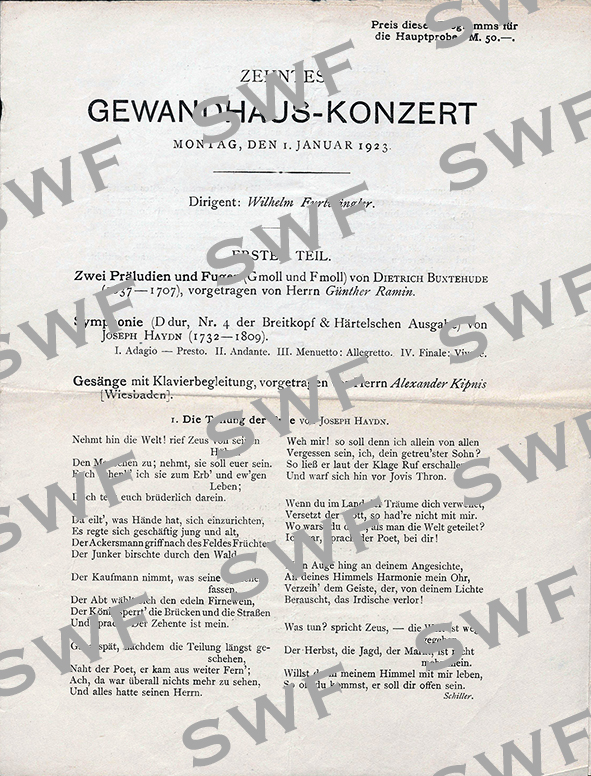