First let's set the scene: Furtwängler conducts Lohengrin in Berlin's "second" opera house, the Municipal Opera, rather than at the Staatsoper, the National Opera. This house was first called the "Charlottenburg Opera", after the area of Berlin where it opened in 1911. Renamed the Städtische Oper in 1925, it was subsequently the Deutsches Opernhaus, under the thumb of Goebbels and a rival of Göring’s stronghold, the Staatsoper, and after the war would become the Deutsche Oper Berlin.

Curiously enough, it was quite late — in 1929 — that Furtwängler first tackled Lohengrin, although he had conducted all the great Wagner music dramas since his years in Mannheim (and Meistersinger even earlier, in Lübeck). Was it in order to be forgiven that his first Lohengrin was given precisely in Mannheim, at a gala evening, shortly before the Berlin performances? Nonetheless, after the legendary Bayreuth performances of 1936 he never returned to this work — and as we know, Rudolf Bing’s proposed production at the New York Metropolitan Opera came to nothing.

The performance was that of 21 November, which was not one of his known appearances, but this is not a printing error, as a different singer is listed for Ortrud. The roles here are taken by the house company, excellent singers even if less well-known than those of the competing house. Furtwängler would later be reunited with two of his colleagues, the director Heinz Tietjen and stage designer Emil Preetorius, at the Staatsoper and Bayreuth. 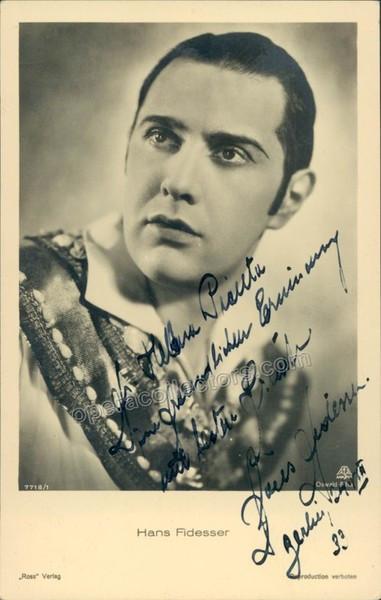 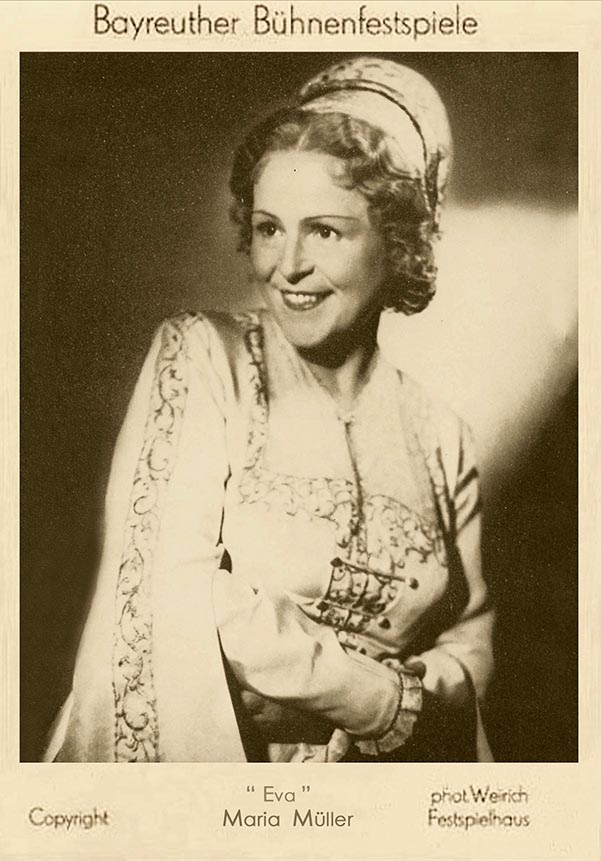 The printed programme in fact comprises the "Municipal Opera Bulletin", the house’s monthly publication, which thus sometimes covered matters remote from the work being staged. Only the middle pages, in colour, form the programme proper.

An amusing detail can be seen in this facsimile: the programme was sealed by a tab of paper bearing the emblem of Grotrian-Steinweg pianos, which held together the front and back covers. 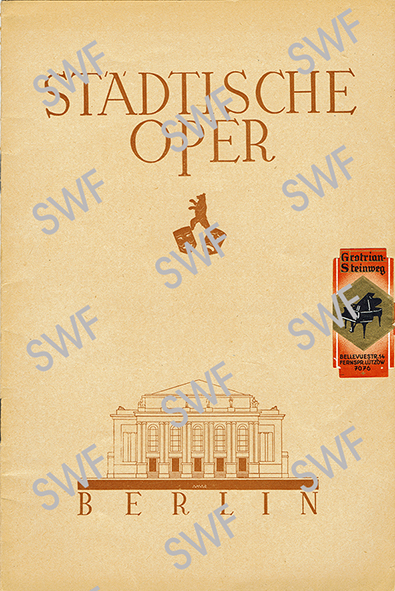