The commemorations for the 150th anniversary of the death of Mozart, in late November and early December 1941, were the subject of many and varied events in Germany, and these took on a particular significance in Vienna, the Mozart city par excellence, where a series of concerts and opera performances were spread over a week.

The Staatsoper, the Philharmonic and Symphony Orchestras, soloists, but also chamber music groups and even "period instrument" ensembles were brought in to make the occasion unique. Great musicians followed one after another at the podium, the bow, the keyboard or the stage: Richard Strauss, Hans Knappertsbusch, Karl Böhm, Clemens Krauss, Edwin Fischer, Wilhelm Backhaus, Georg Kulenkampff, the entire opera company but also that of the Munich Opera, came to lend a hand... Musical figures were invited and duly arrived from all over Europe, with the intention, acknowledged or otherwise, that they should carry back accounts of these productions to their respective countries, allied to or occupied by Germany.

And Furtwängler? He appeared on the bill only once, but for a highly symbolic event — and also the most conspicuous —: the closing concert, on the actual anniversary of the death of Mozart. On 5 December, at 5pm, he conducted the Requiem at the Musikverein, where, assembled behind the Philharmonic, stood the choral forces of the Singverein and the Staatsoper, more than 300 voices in all! As for the soloists, they were among the best of the day. Note that the advance programme announced Erna Berger as the soprano soloist and Peter Anders as the tenor.

The hall was of course full, and would be again the next day when the concert was repeated — our programme is that for the concert on the 6th. The concert on the 5th was broadcast, as evidenced by the microphones which can be seen in the series of photos taken by Hanns Tschira. Unfortunately no recording survives of this transmission. 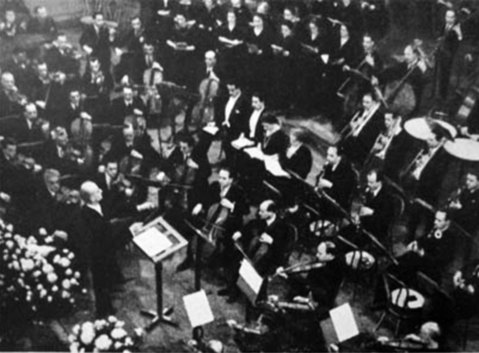 In addition to the authorship of the introductory essay, by Professor Franz Kosch, one of Austria’s foremost specialists in liturgical music, we should note the words at the bottom of the programme, which had already appeared in the advance programmes:

The public is requested to refrain from any applause at the end of the Requiem. All those present will stand and observe a minute’s respectful silence in memory of Mozart.

It was surely the first time that Furtwängler received no applause. 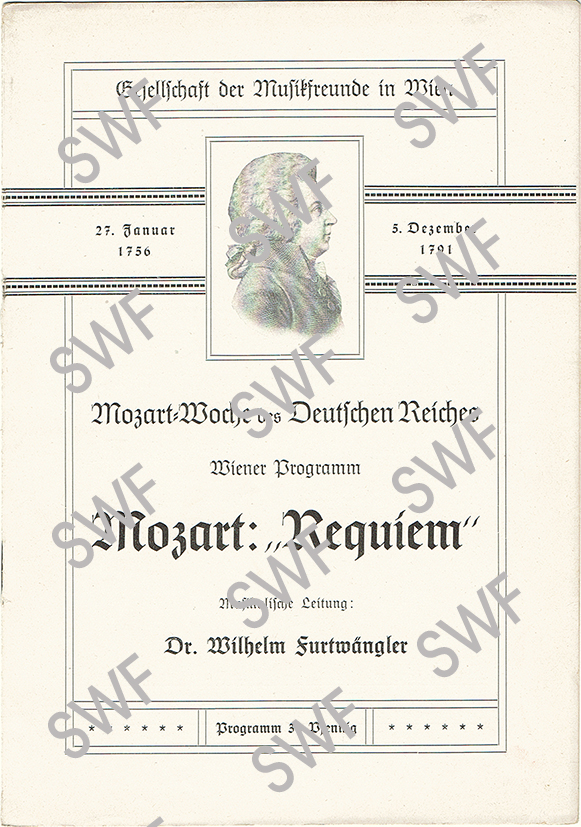