If you want to share a piece of news to all WFS members and web surfers (publication of a compact disk, a book, event, concert, etc.) do not hesitate to let us know by email at site@furtwangler.fr
The SWF Christmas tree

Treat yourself and your loved ones: SWF has thought of you and offers you compact discs at very low prices.

Here is something to fill the Christmas socks:

Go to the shop — or better still, click on a reference above – to find out the details of each disc, and make your choice.

On 30 November, we all have a thought for the conductor and musician we admire. He died on this date but is still alive for us.

We are already thinking about the commemoration, in 2024, of the 70th anniversary of his death. That year will also be the Bicentenary of Anton Bruckner’s birth.

Overview of the studies

Before reporting back on the General Meeting which has just taken place, here is an overview of the studies which have been revised to match our graphic charter.

You will find — via this link — the republication of the exceptional and very complete study “Furtwängler in Italy”, written by Angelo Scottini in 1990, with a revised and expanded iconography, often with rare documents.

In a few weeks we should be able to read a revised “Furtwängler in Leipzig”, a study written more than thirty years ago by Philippe Jacquard.

The speaker who was supposed to give the conference on 15 December will not be able to do so.

We will come back to you soon in case we find a possibility for this conference to be held for the first time after so long.

Our Ordinary General Meeting will take place on 26 November. In preparation for this meeting, please find here:

1) The notice of meeting and the agenda for our OGM on 26 November
2) A Proxy, in case you can’t attend
3) The candidate list for the Executive Board
4) The reply form on whether or not you would like to attend the “pot de l’amitié” (get-together for drinks) which will take place at the end of the OGM
5) The document prepared by the candidate list in French, in English and in German.

Looking forward to seeing you again

We are carrying on with the redesign of past studies. The study on Furtwängler’s years in Lübeck, published as a paper brochure and scanned as such, is now presented in the new graphic charter.

However, due to its length, it was not possible to translate it into English.

An omission and a mistake

Everyone who makes frequent use of the list of Furtwängler’s concerts featured on this site knows that almost all of the concerts are listed. There are however still a number that do not give details of the programmes, principally the concerts given by the BPO during tours at the end of the 1930s and the very early 1940s. As new information is found, we are keen to complete our documentation.

And that is the case with this BPO concert in Dresden, given at the beginning of 1941 in the ‘Gewerbehaus’, the home of the city’s Philharmonic Orchestra. Our list agrees with Peter Muck’s voluminous tome on the Berliners, showing the date as 5 February, yet the official programme — reproduced below — gives it as 5 January. Which prompts us to ask whether we are all wrong.

Not at all! If Erich Knoblauch, the concert agent, had consulted his calendar, he would have noticed that ‘5 Januar’ was not a ‘Mittwoch’ (Wednesday) as he writes, but a ‘Sonntag’ (Sunday), whereas 5 February was indeed a Wednesday. And, when under Hermann Zilcher’s Concerto he added the word ‘Uraufführung’, he was well aware that the official world premiere would take place in Berlin, during the series of subscription concerts on 2, 3 and 4 February. The day after the last of these concerts, on their visit to Dresden, the Berliners only needed to repeat the same programme (with the exception of the Overture to The Bartered Bride by Smetana). 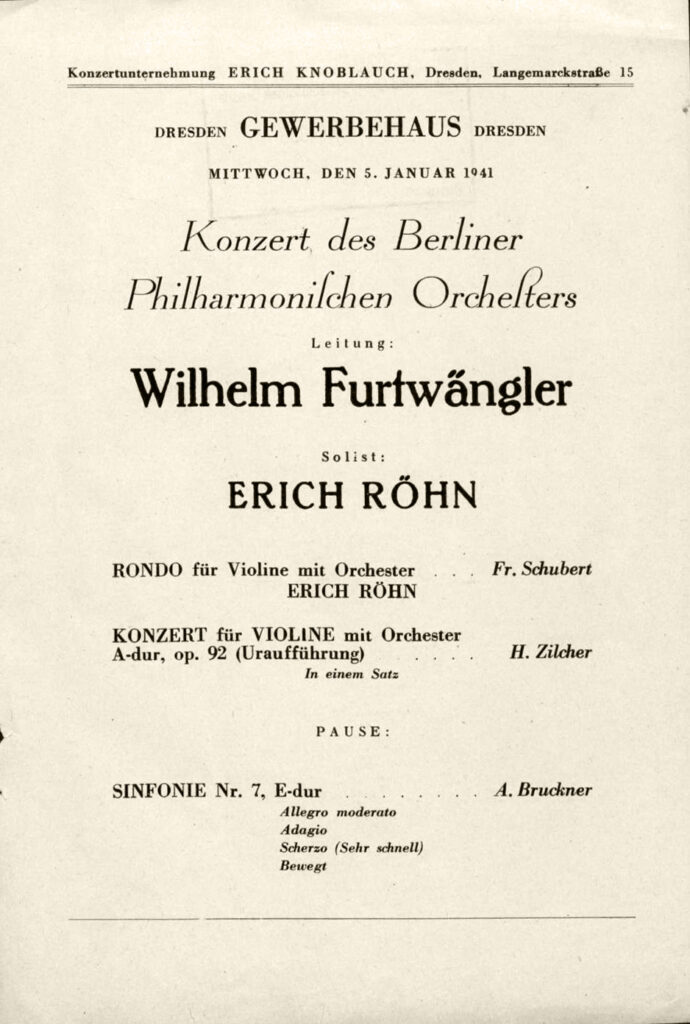 More than twenty-five years ago, Michel Chauvy wrote a study on “Furtwängler and Switzerland” for the SWF, published as a “newsletter”.

The text of his study is still as good as new. It is rich in information and the comments on some of Furtwängler’s performances — one thinks of the rehearsal of the 7th Symphony or Beethoven’s First Concerto — are of a rare relevance.

Although the original “paper” brochure was quite attractive, the PDF available to members on the previous website had become outdated and not particularly inviting to read. We therefore thought it best to give it a new layout, by re-editing the text in the same design as the other studies, adding footnotes, and illustrating it with a dozen or so photographs, some of them unpublished or rare.

For the first time, the study is published in both French and English, thus bringing this essential document to a wider audience.

In addition, one of our Swiss members, Christophe Lambinet, wrote a “complement”, shedding new light on Furtwängler’s “Swiss” discography.

To discover these studies, click on the images below. 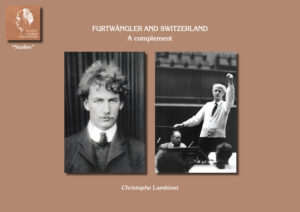 On the banks of the Vistula

Furtwängler conducted only one concert in Warsaw. It was on January 22, 1936, with the BPO, in the beautiful Philharmonic Hall.

This concert did not go unnoticed, with the patronage of two Polish government ministers and the German ambassador.

Here is the programme — in an uncommon format —which was attached to the concert, we were able to correct the content.

Two new CDs of the WF Centre of Japan 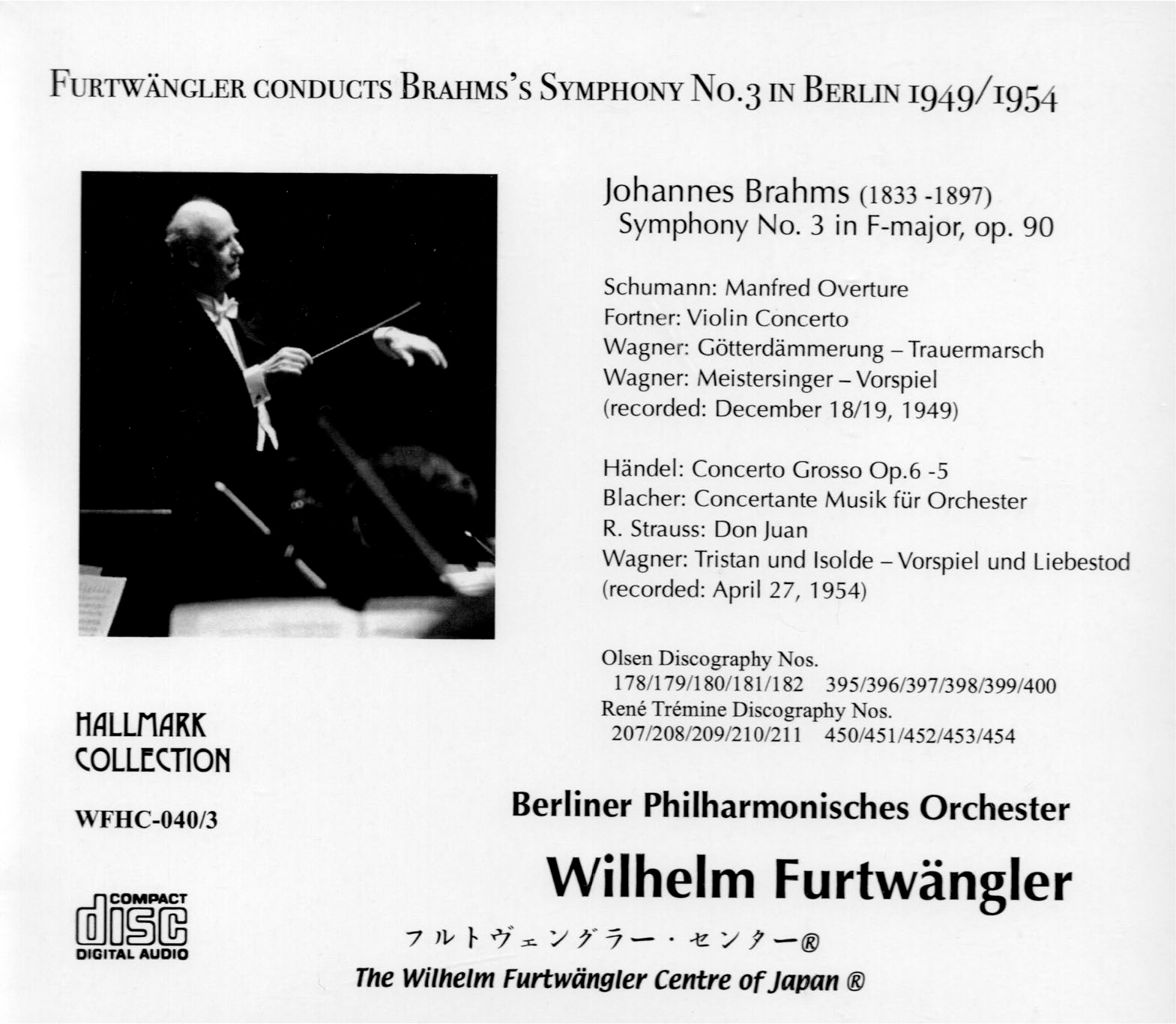 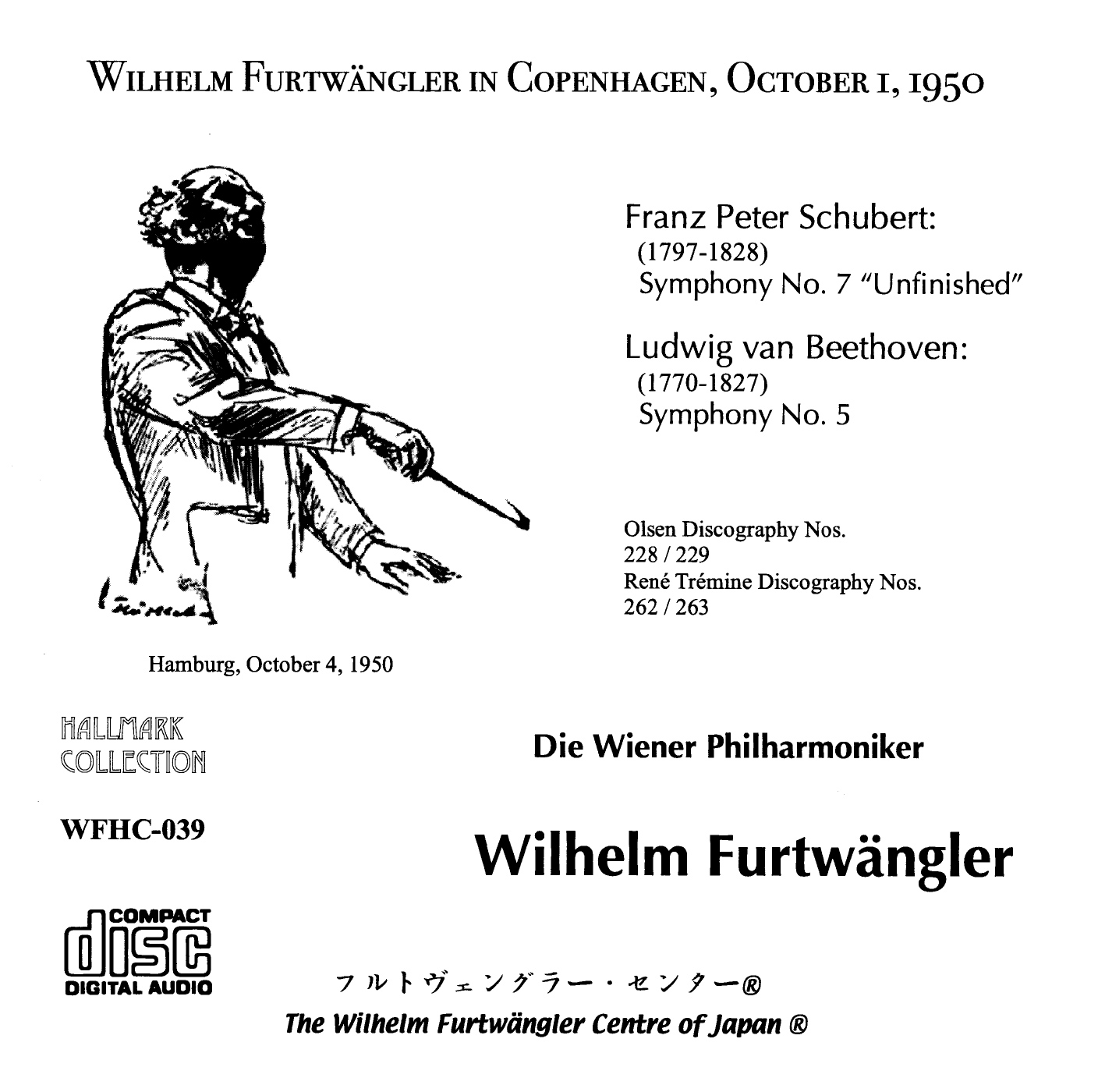