So the 19th was a great day, marked as it was by the 50th anniversary of the SWF.

We shall talk about the General Assembly at some future date, presenting to you a copy of the report.

This 50th anniversary was the occasion for an exceptional concert, one that will without question remain etched in the memories of those who were present for a very long time. The Varian Fry Quartet, who made their debut in France on this occasion, proved itself to be of the very highest quality. ​At the request of the musicians, the programme order was modified: Schubert – Beethoven – Ravel. The breadth of tone, the precision of the tuning, the masterly readings of the scores, the total investment of the players received particular praise. 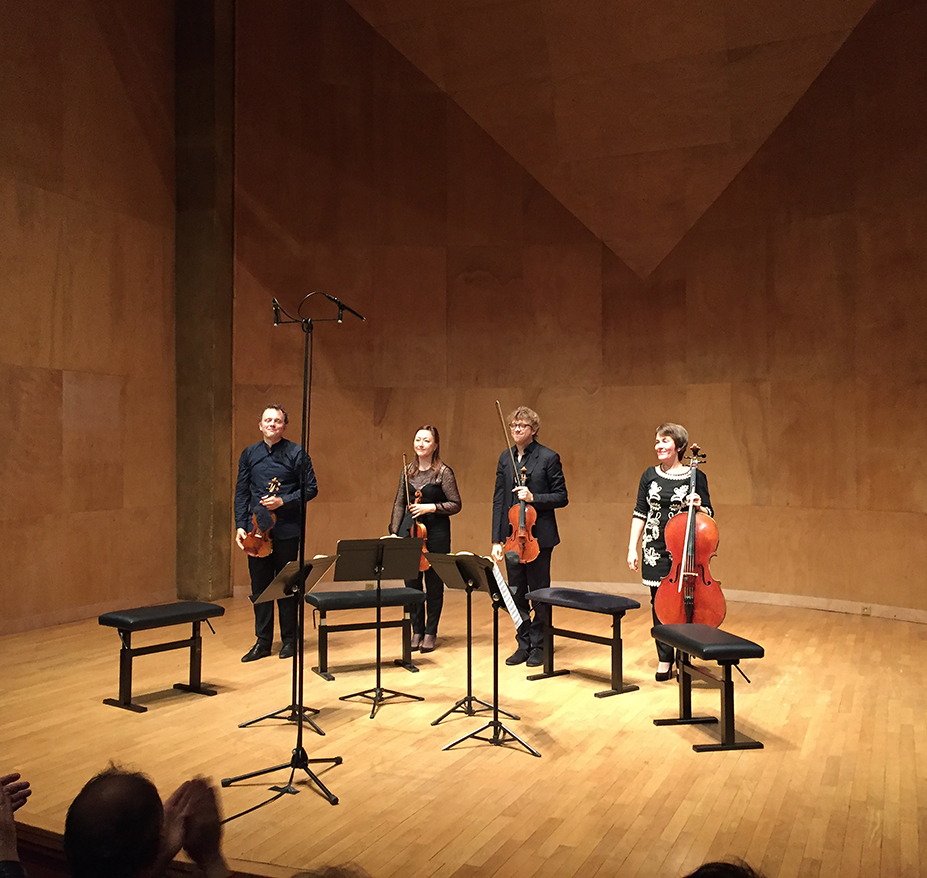 As announced in the programme (reproduced on the 'Concerts’ page), the concert was also recorded, and this should become available for streaming by members before the end of the year.