Programme for the Philharmonia concert of 22 February 1951

The Philharmonia was founded in 1945 with the main purpose of recording for the gramophone, but it also gave numerous concerts. Its founder Walter Legge always engaged prestigious conductors — Beecham, who directed the very first concert, Richard Strauss in 1947, Klemperer (two concerts in 1948 for the New Era Concert Society), Karajan (one concert in 1948), Cantelli (twenty-eight concerts between 1951 and 1956), and Toscanini, with two Brahms concerts which remain legendary. It was only from 1952 and 1954 respectively that Karajan and Klemperer conducted the orchestra regularly.

Recordings were usually arranged separately from concerts, as was the case with the first one by Furtwängler (the final scene of Götterdämmerung, on 26 March 1948).

The three concerts scheduled in 1950 included the world premiere of Strauss's Four Last Songs with Kirsten Flagstad in May; on 11 December, following the death of Dinu Lipatti, the planned Schumann Concerto was replaced by two short works. The three concerts in 1951 also featured soloists: Edwin Fischer in February (see the facsimile programme)  — this was the only one of Furtwängler’s concerts to be linked to a recording, Act I of Die Walküre in March, and  Beethoven’s Fourth Piano Concerto with Myra Hess in October. In 1952 there was only one concert, in April, with Flagstad in the Wesendonck Lieder and the final scene of Götterdämmerung. In 1953 and 1954 there was just a single concert in London, devoted to Beethoven. Furtwängler's illness and the late scheduling of recordings in Vienna resulted in the cancellation of a second concert in March 1954 and of the recording of Mahler's Kindertotenlieder with Dietrich Fischer-Dieskau.

Following internal problems at the Lucerne Festival, the Philharmonia replaced the Festival Orchestra in 1954, with the celebrated Beethoven Ninth (given three times if we count the final rehearsal, which was open to the public) and finally Furtwängler's last appearance with the orchestra on 25 August, in Haydn’s Symphony no 88 and Bruckner’s Seventh. 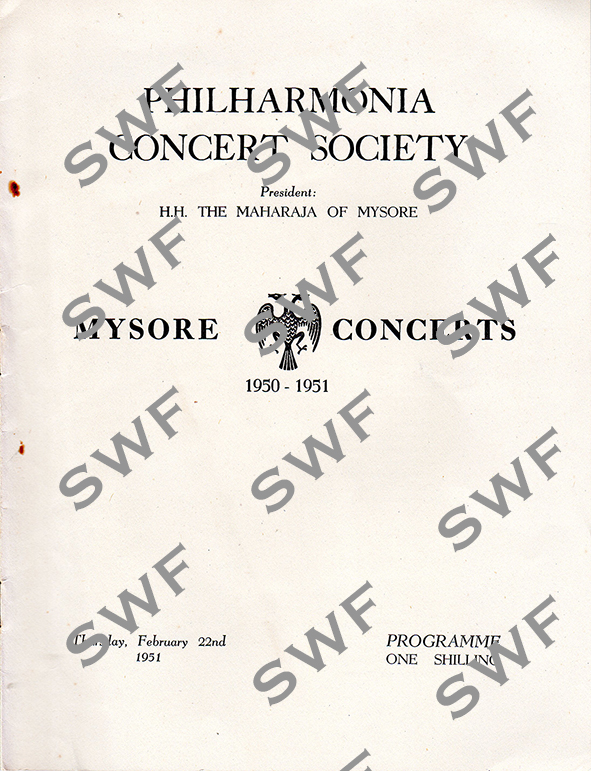