A few words about this programme, not on its content — pure Beethoven, not surprisingly — but on its context.

The booklet is accompanied by two loose sheets. The green one announces two forthcoming concerts in Berlin, but with the Vienna Philharmonic. This was due to a decisive event that had just taken place: the Reich had annexed Austria, which thus entered the fold of “greater Germany”.  These concerts were part of the integration process, but masked another reality: at the orchestra’s request, Furtwängler intervened at high level to ensure that the Philharmonic was given “favourable treatment”.

The pink sheet slightly muddles the order of the pieces: Leonore II was to be played after the 4th Symphony, not before. Furtwängler often did this at the time, particularly with Coriolan, which was felt to form the peak of tension in a concert. This may seem strange to us, accustomed to hearing an overture at the start of a concert, and overlooking the fact that an opera overture, once removed from its context, becomes a symphonic work like any other, to be programmed at the most appropriate time according to its musical qualities.

Finally, note the inclusion of three portraits of the conductor: an official photo and the images from the record labels Electrola, then still a subsidiary of EMI, and Deutsche Grammophon, distributed by HMV in Germany and better known under the name Polydor abroad. 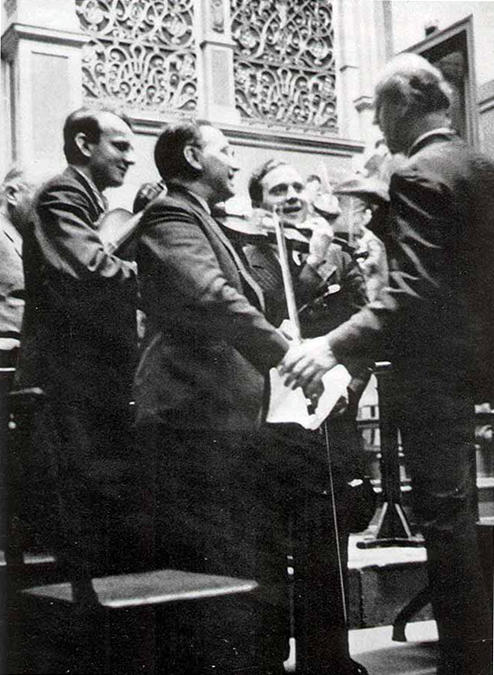 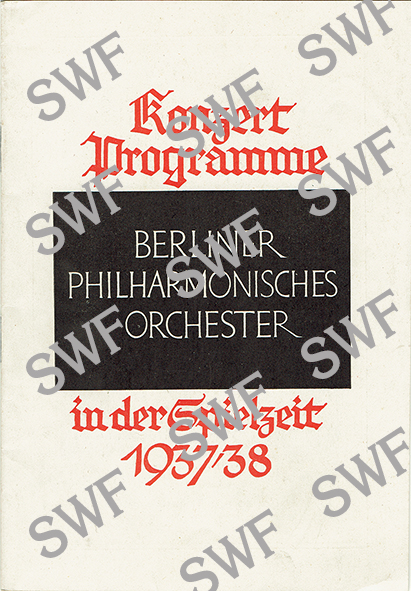