The new study offered by Stéphane Topakian deals with an important subject, yet one that has been little examined up to now: Furtwängler and Schoenberg — basing his research notably on documentation held by the Arnold Schoenberg Centre in Vienna and thanks to the ever pertinent translations of Marc Trautmann.

We find there a complete list of the concerts that included works by Schoenberg, as well as the unpublished correspondence between Furtwängler and the Schoenbergs (Arnold and Gertrud) between 1919 and 1954 and the letters of Schoenberg that include references to Furtwängler.

The stormy premiere of the Variations Op. 31 on 2 December 1928 is depicted in a separate chapter along with all the press reviews, the high quality of which is a happy surprise.

In its totality, this study shows us how Furtwängler conceived his role and his responsibility in the propagation of the music of his own day and also, on the human level, how he helped Schoenberg (and later his widow) obtain compensation for his brutal eviction from the Prussian Academy of the Arts in May 1933. 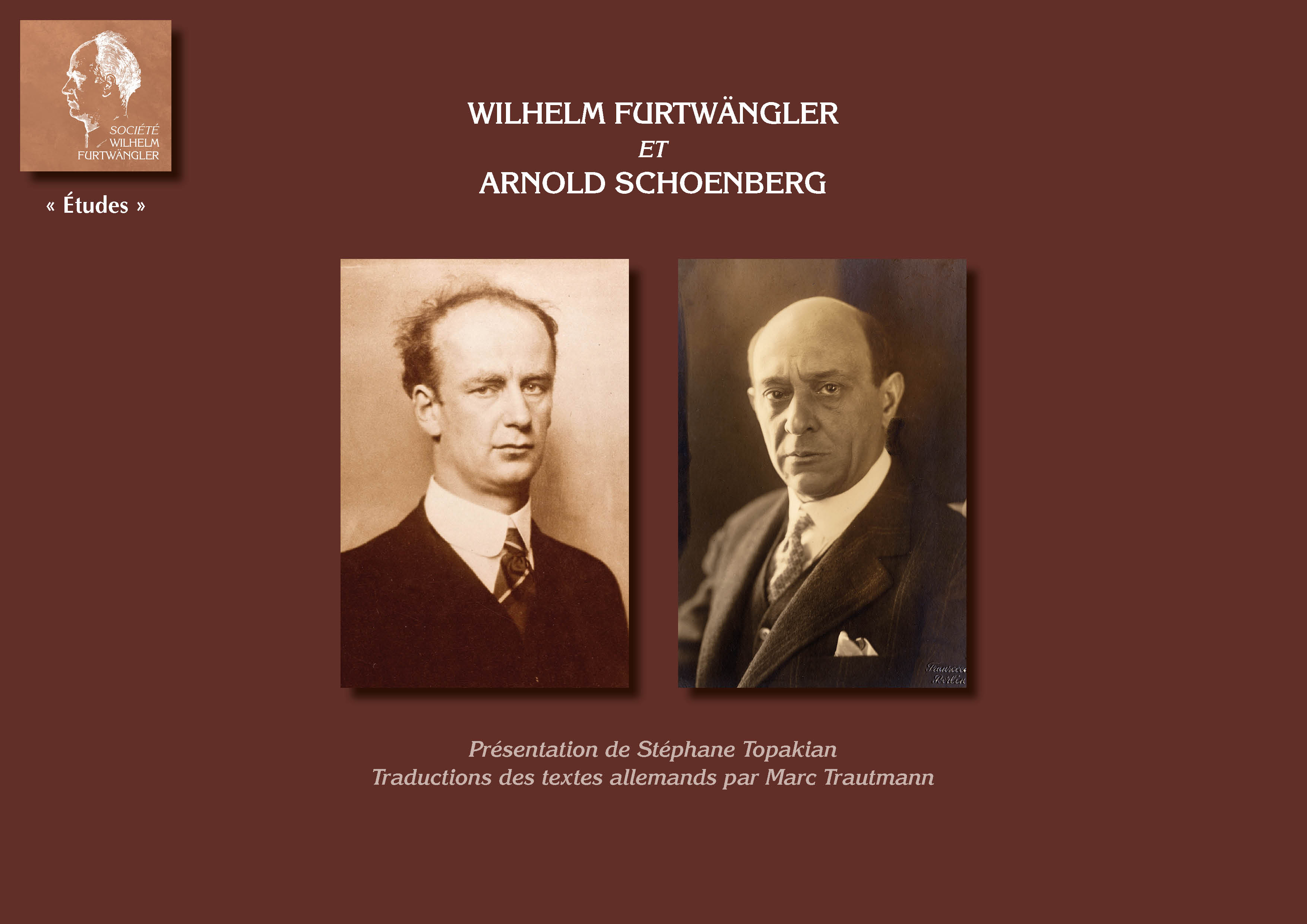