Programme for the concert in Berlin, 7 February 1943

This programme is one of a set of eight acquired by the SWF from the Berlin Philharmonic concert seasons of 1940/41 to 1942/43. A few general observations before we open them. This was wartime, and thus a period of restrictions, but the quality of the documents is surprising: cardboard covers with two-colour printing, at least one photograph, analyses of the works — and no reference to the government of the day; it is as though we were in a world without the swastika. Finally, some programmes include a section on "Philharmonic News", or announcements of forthcoming concerts, which enable us to follow the orchestra’s activities. And we might note that this concert was given three times, and hence to a total of more than five thousand listeners!

A recording has survived of the two pieces by Sibelius shown on this programme: an exceptional En Saga and a version of the Violin Concerto which is — well, let's just say not entirely successful, with Georg Kulenkampff sounding on less than his best form. Considered one of the greats in his own country, he was rather less highly regarded elsewhere, where he certainly faced some formidable competition. 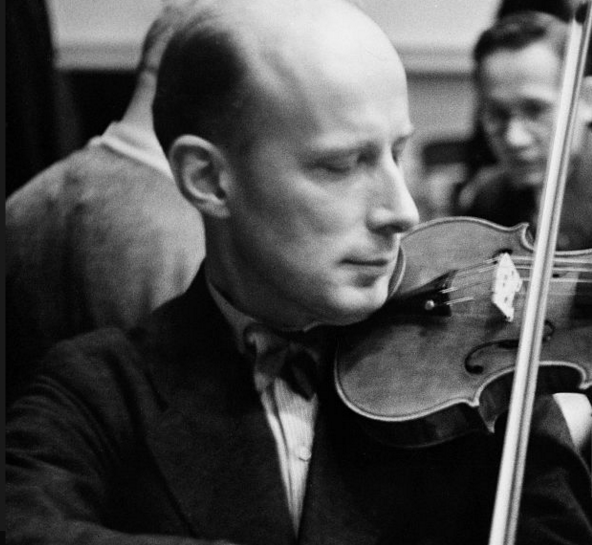 This programme serves to remind us that Germany’s political decisions from 1933 onwards deprived it of many great soloists (and the same could be said of singers).

Without being exhaustive, consider the roster of internationally renowned soloists whom Berlin could hear during the war years.

At the piano, after von Sauer’s death, there remained major names such as Kempff, Backhaus, Gieseking, Ney (whom the regime held in high regard) and Erdmann (whom they held in low regard). Claudio Arrau, a teacher in Berlin, left Europe for a career in America, while the Swiss-born Edwin Fischer played in Berlin until 1943.

There had always been more pianists than violinists, but with the latter we can really speak of poverty. Kulenkampff played solo in every sense of the word! Dominating the field, he faced competition only from the American prodigy Guila Bustabo (who little realised the fate she would face through remaining in Germany), and above all from the exceptional artists in the leader’s chair of the Philharmonic — Siegfried Borries, Erich Röhn, Gerhard Taschner. It is therefore not surprising to see them appear so often in the programmes.

And there had always been fewer cellists than violinists, at least in Germany, which in this respect could never compete with the prodigious and prolific French school. True, there were the veteran Paul Grümmer, the young Ludwig Hoelscher and the Italian Enrico Mainardi, but even they fell short of the highest level; successive conductors of the Philharmonic often preferred to feature the principal cellists of the orchestra, Tibor de Machula or Arthur Troester — and they were the beneficiaries! 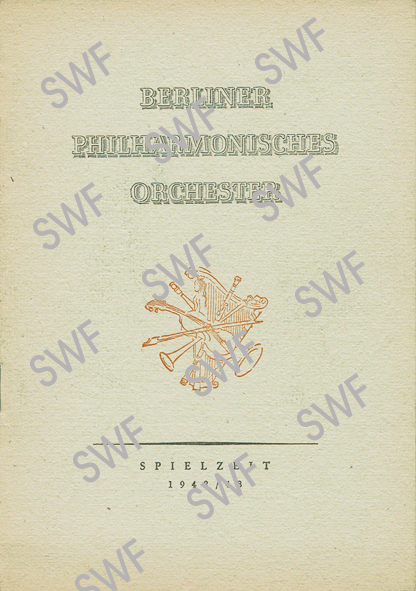