Though Furtwängler and his Berliners appeared, in Paris, at the Théâtre des Champs-Élysées and later at the Opéra Garnier — prestige demanded no less —, the Salle Pleyel, inaugurated in 1927, welcomed them twice, for their first appearance in the French capital in 1928 and above all for the concert that marked one of the German musical contributions to the Exhibition of 1937, on September 7. 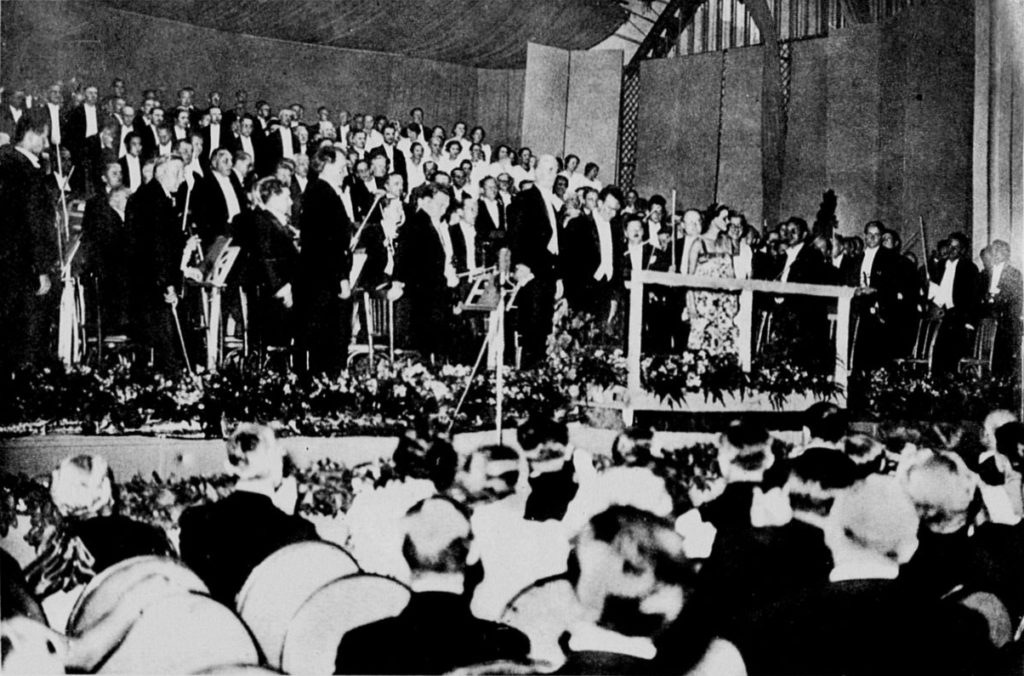 Here is a rare witness to this evening. Furtwängler acknowledges the public, with at his left Bruno Kittel, chorus master, and he is then himself hailed by the French President, Albert Lebrun. 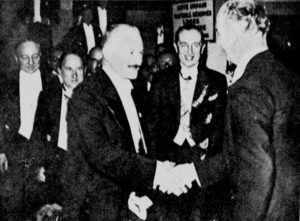