If you want to share a piece of news to all WFS members and web surfers (publication of a compact disk, a book, event, concert, etc.) do not hesitate to let us know by email at site@furtwangler.fr
Authorised notice

We have written in these columns about the two big boxsets released over the past year that have been devoted to Furtwängler: that produced by the Berlin Philharmonic comprising the totality of his recordings from 1939 to 1945, and the compilation made by Universal from all the recordings that label has released over many years: its own recordings (Polydor, DG, Decca) and recordings made just about everywhere. There are of course overlaps between these two boxsets.

It is always of interest to have various points of view. One of our American members, Gary Galo, is a specialist in Furtwängler recordings. For this reason we are publishing the two articles he wrote for the ARSC Journal, the magazine of the Association for Recorded Sound Collections.

One is devoted to the BPO boxset
The other to the Universal boxset
They have taken their place in our Newsletters.

The articles are in English, yet we think they can be readily understood by all our members.

An ‘extra’ for those who burn…

One of our members has quite rightly asked us to offer, for printing, a cover and a back with each download, so they can be used with a jewel box, if one should want to make a CD copy from a downloaded file.

This is the result. The corresponding PDF, with guide lines for cutting, has been included in the SWF D08. 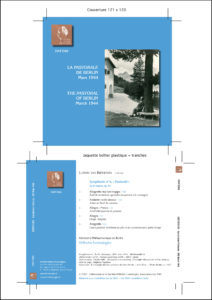 In future we shall make available the same elements for earlier releases.

With or without a mask…

Confinement has ended, but not the security measures!

The effect on the activities of the SWF: deliveries have started up again after several weeks when our stockroom was closed. Rejoice and be happy all you who were impatiently waiting for your orders! 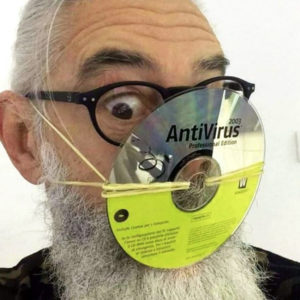 We take advantage of this message to remind everyone that the latest Japanese double album (Beethoven / RAI / Rome)is available on subscription until 31 May, the last date for orders. So… don’t lose out!

Our latest download, SWF D08, is now available: Beethoven’s 6th Symphony, recorded during one of the concerts of the Berlin Philharmonic of 20-21 March 1944 in the hall of the Staatsoper. 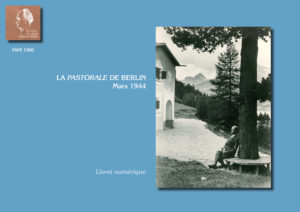 This tape, originating from Berlin, has been the object of great care and attention on our part. Over and beyond the tuning, it was above all in connection with the sound that Christophe Hénault (Art et Sons Studio) has been working, the same person who processed the Stockholm concerts (Schubert of 1943, Deutsches Requiem of 1948). The strings, the violins to be frank, were very aggressive and even shrill. On the other hand, the various bass registers seemed to have been taken over by a herd of elephants. The Berliner to be true offered Furtwängler the bass support he required, yet here it became a buzzing sound in which it was impossible to make out the melodic line, when in fact it is a characteristic feature of this symphony that the melodic themes are presented by using all the desks, including those that are often only in counterpoint.

The sound thus presents a highly homogeneous spectrum in which all the instruments find their original colours, within a complex interweaving as designed by the composer. The Pastorale is certainly the most difficult symphony to prepare – with a density rivalling that of the Missa Solemnis: it is almost impossible to bring out everything. This is, however, precisely what Furtwängler achieved, with tempi somewhat more flowing that those in later versions, and notably the ‘official’ Viennese version of 1952. We nonetheless find the customary features of his interpretation: tempos that are more or less easygoing, those of a walk or a stroll (Beethoven was no fan of jogging!), of musings on a riverbank, the simple joy of gazing at traditional peasant festivities, a thunderstorm treated as a great recitative, and a finale that is completely filled with the fragrant, mellow warmth of a starlit evening. An example? A passage in this movement, where, as though intoxicated, we breathe the rhythms of nature…

The digital sleeve notes include the very fine analysis of this performance that Harry Halbreich wrote for the first release as an LP, as well as the list of Furtwängler’s Pastorales and a register of the musicians of the Berlin Philharmonic of that period.

In parallel we publish the detailed comparative study written some thirty years ago by Benoît Lejay. In the absence of the source text, we make available in our Studies a facsimile of the sleeve note accompanying the CD SWF 901.

A First for the Second

22 February 1948 was a crucial date in Furtwängler’s life: he gave the first performance of his Second Symphony, in Berlin with his orchestra.

For a man who considered himself a creative artist first and a performer second, and whose first “major” symphonic work this was, there is no doubt that this was one of the most significant concerts.

Here is the facsimile of the programme for the next day, which contains a detailed analysis of the work. 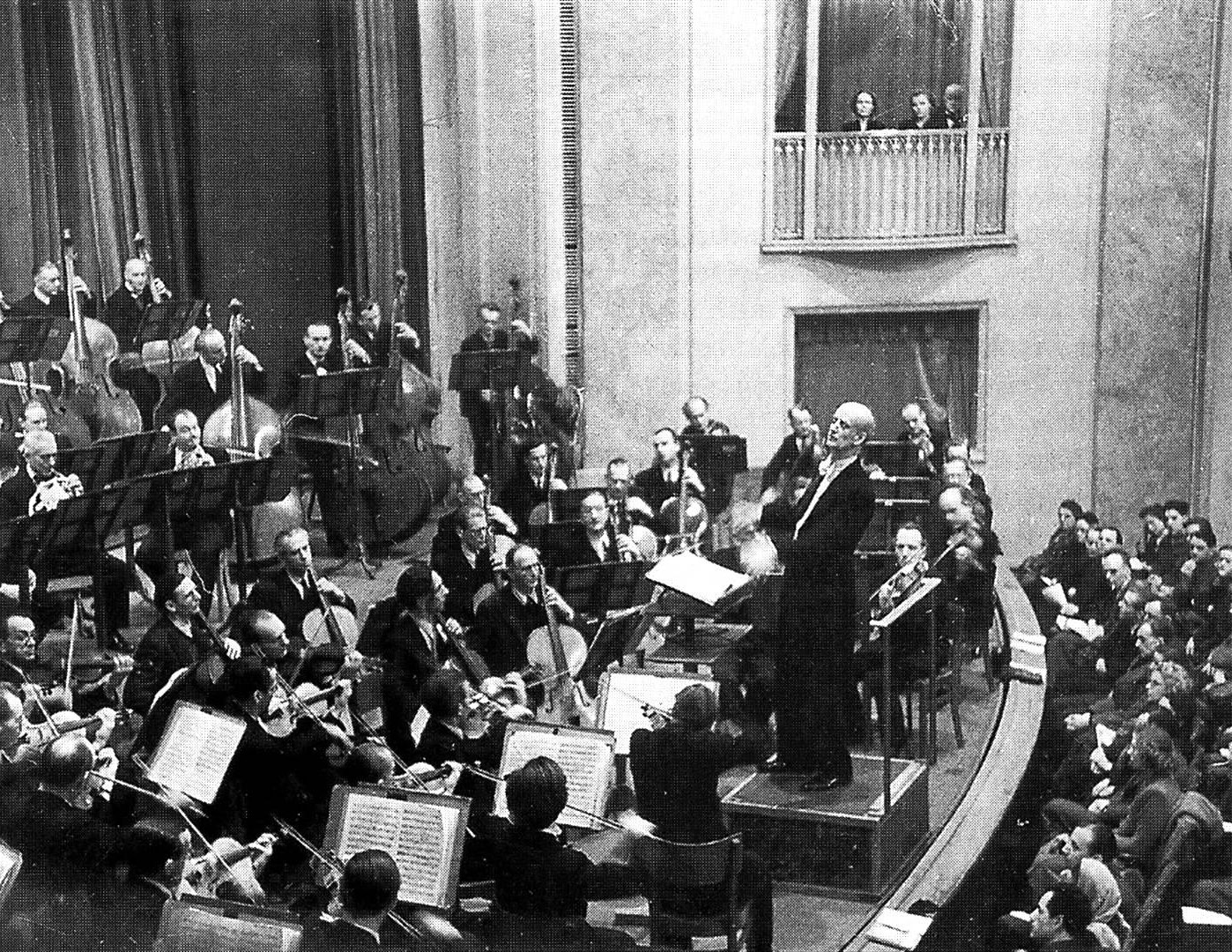 Furtwängler conducting the premiere of his Second Symphony at the Admiralspalast.

Another look at a composer

It is not often that we conjure up the figure of Furtwängler as a composer. Whatever view we may have of his output and the position it may hold in the history of music, we could not, ‘Furtwänglerians’ that we are, neglect what this represented for him in his own eyes. 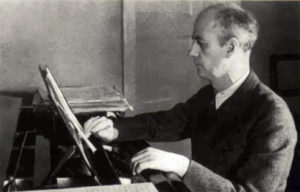 All the more reason for going back to the fine article of 1995 by Bruno d’Heudières, then still a student and active member of the SWF, for the Revue Musicale de Suisse Romande.

And since all that was needed was a click to find it freely available and download it, we are not going to deprive ourselves of the opportunity!

We have already published a photo of Furtwängler in his superb Horch 830 convertible.

Here he is again at the wheel of his car, with an unexpected passenger. Any resemblance with a certain character of Hergé is purely coincidental! 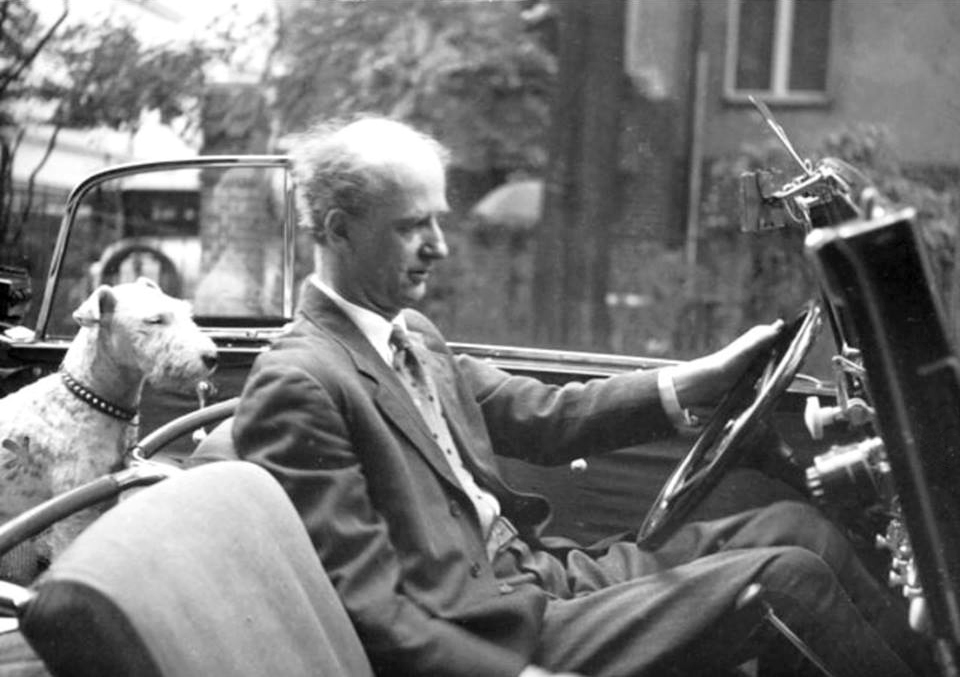 A detail: from some quick research in a 1934 Berlin directory of automobile owners we learn that his 70 CV had the registration number 95495P, and that his wife had a Buick that was older but more powerful…

What a truly beautiful Pastorale of Beethoven, recorded at a concert of the Berlin Philharmonic in March 1944 in the hall of the Staatsoper (in between a reconstruction and a second destruction).

Benoît Lejay, in an exhaustive comparative study — that we are republishing — has noted how much more agitated it is, less well behaved, less ‘classical’ than the 1952 Vienna recording commercialised by EMI

We had rereleased it, not very well to be true, on CD. Since then, the Berliner Philharmoniker has released it as part of their voluminous collection of the 1939-1945 recordings. This should have been cause for rejoicing as being a ‘definitive’ recording. And yet we must lower our expectations; the release suffers from two pitfalls: pointless artificial stereo that is also clumsy (through phase shifting), and a failure to set the tape at the proper speed. As a result ‘their’ Pastorale is tuned to A at 448 Hz!​ 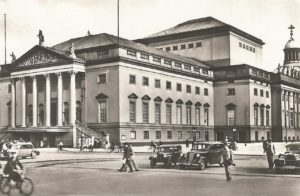 We shall present it in its own ‘juice’, as a mono recording, just as Friedrich Schnapp knew how to do it.

We envisage releasing it as a download (including high definition) for mid May. As always it will be possible, from the version in 16/44, CD format,  to engrave a CD for traditional playback.

Lastly, note that the text of the sleeve note — of top quality as always — was written by the late Harry Halbreich.

Furtwängler was on good terms with his colleagues… with perhaps one exception (have a guess…).

Yet there is one conductor with whom his relationship was particularly cordial: Sir Thomas Beecham. A priori, however, everything seemed as though it would keep them apart: heritage, training, repertory, style, the approach to music. Nonetheless, a complicity was established between them, and Sir Thomas was particularly loyal: when Furtwängler was banned by the Nazis from touring in Great Britain, the baton was offered to Beecham, who refused. And when Furtwängler died, on the other hand, he maintained the presence of the late conductor in a concert, the programme of which was not at all typical of the Englishman’s repertory. Faithfulness…

Here is a rare snapshot taken during Beecham’s first invitation to conduct the Berlin Philharmonic, on 29 January 1930. The two conductors stand either side of Sir Horace Rumbold, United Kingdom ambassador to Germany. 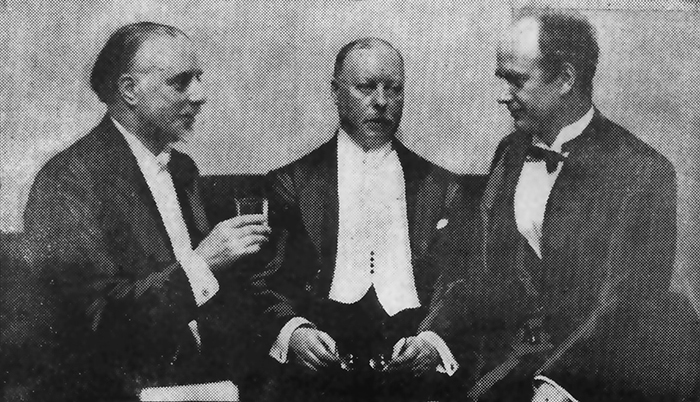 We present facsimiles of concert programmes, and of course Berlin and Vienna often appear among them. Here however is a comparative rarity: a programme of Furtwängler in Paris, at the head of the Orchestre de la Société des Concerts du Conservatoire (OSCC).

Several years previously the orchestra had left the “Salle du Conservatoire”, Bergère Street, and they now performed at the Théâtre des Champs-Elysées (TCE).

Below is the poster announcing the 1948/49 season, including two Furtwängler concerts (omitting the public dress rehearsal), outside the subscription series. 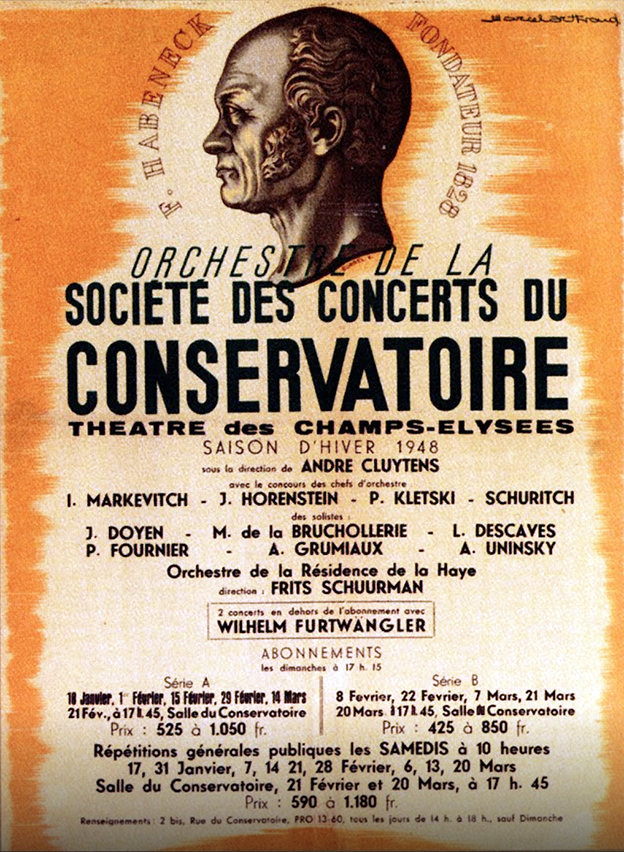